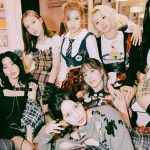 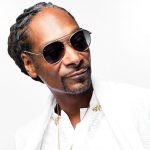 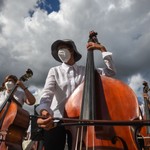 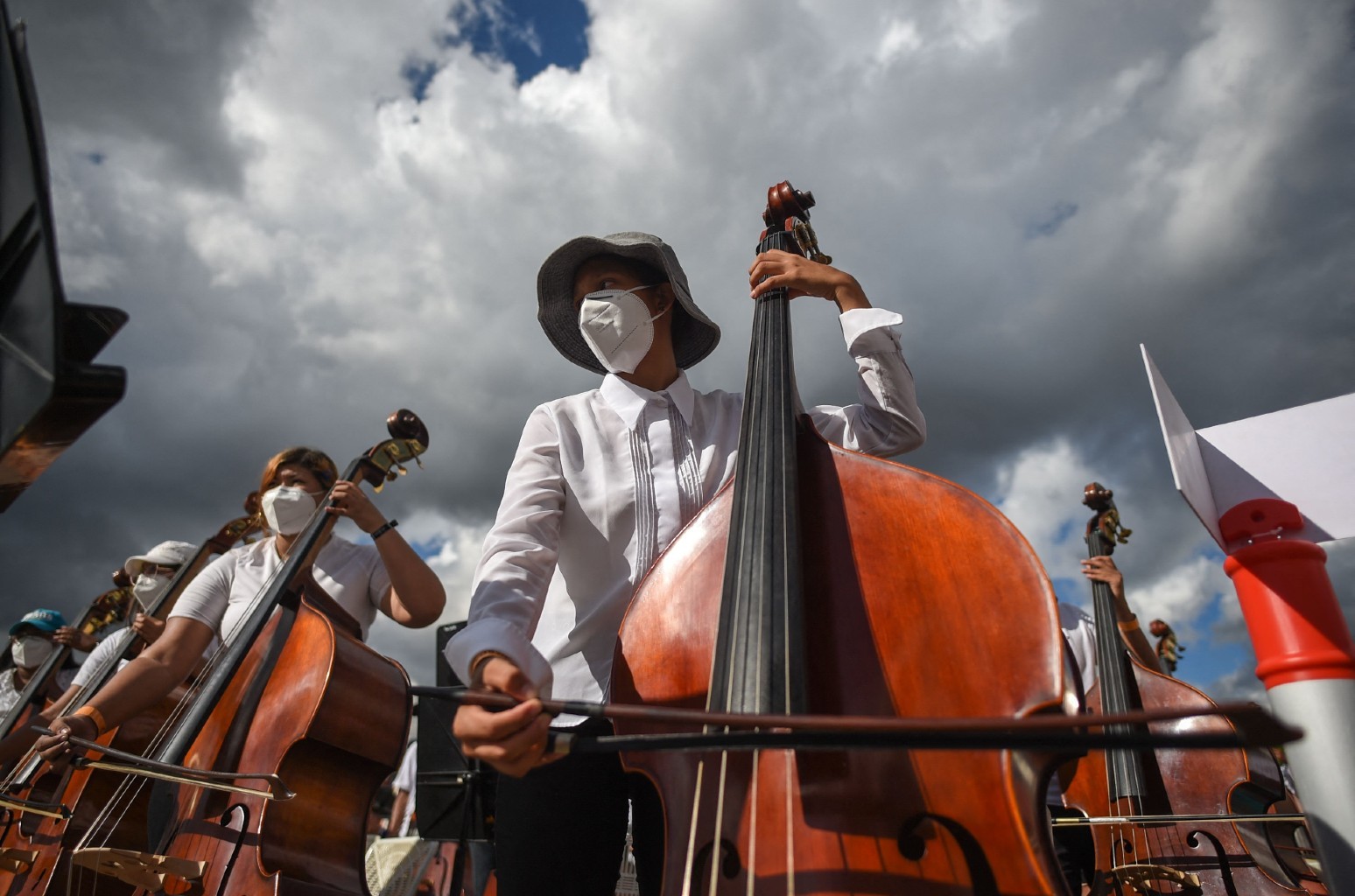 “So many people around you,” she added. “It’s an incredible feeling to be part of something historic. We hope to break the record.”

The Guinness World Records will determine within 10 days whether a record was set. More than 250 supervisors were each assigned a group of musicians to observe during the record attempt. For the musicians to set a record, more than 8,097 had to be tallied playing at the same time during a five-minute period of Tchaikovsky’s “Slavonic March.”

The Venezuelan arm of the accounting firm KPMG will audit the results. Managing partner Ramon Ostos said the existing record belongs to a Russian group that played that country’s national anthem.

The musicians, ranging in age between 12 and 77 and wearing black pants, white shirts and pandemic-mandated face masks, attempted the record during a patriotic, one-hour concert. The repertoire included “Venezuela” by Pablo Herrero and Jose Luis Armenteros, the South American country’s national anthem and Pedro Gutierrez’s “Alma Llanera,” which Venezuelans consider their unofficial anthem.

Each musician was given a numbered bracelet and an assigned seat based on their instrument to facilitate counting. The “Slavonic March” is part of their musical education throughout their time in the youth orchestra network. Still, they began rehearsing it with their regional groups ahead of the concert two months ago.

“If a string breaks, I don’t stop. If the partiture falls, I play by memory,” director Enluis Montes reminded the musicians, whose enthusiasm could be seen as they gently and rhythmically moved in their seats.

The rules they had to follow included not sharing instruments and being directed by a professional. That honor belonged to Andrés David Ascanio Abreu, who was projected onto huge screens so that every musician could see his directions.

“Well, it is a gigantic challenge, of course, a very complicated challenge, but full of great pride, of great passion,” Abreu said. “And today, what we are seeing here is a minimal representation of what we are: We are 1,012,000 children and young people in El Sistema.”

After finishing the “Slavonic March,” the musicians erupted in cheers while lifting their instruments and waving Venezuelan flags.

“The largest orchestra in the world,” they exclaimed. 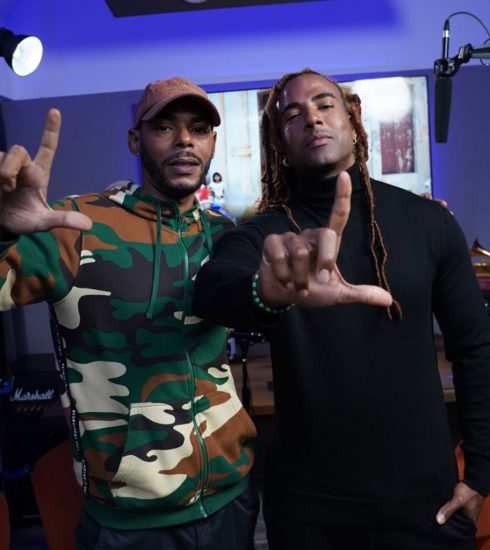 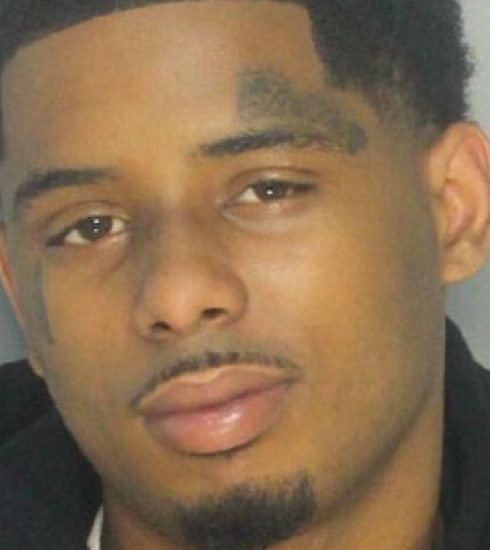