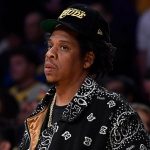 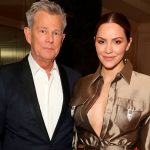 Los Angeles, CA – The 73rd Primetime Emmy Awards went down in Los Angeles on Sunday night (September 19), but the ceremony has left a bitter taste in a lot of people’s mouths. Despite a record-breaking 49 non-white creatives being nominated, not a single one took home an award in any of the major categories.

Needless to say, the outcome has caused quite the outrage — and not just among the acting community. Following the awards show on Sunday night, 50 Cent took to Instagram to put the Emmys on blast for the lack of Black winners.

“Listen the Emmy’s still has a separate bathroom for colored folks,” he wrote in a since-deleted post. “I’m gonna put The NAACP awards on the air at the same time and fuck up there numbers. No they really should be afraid of me i’m different.”

50 Cent Joins #EmmySoWhite Outrage: ‘[They] Still Have A Separate Bathroom For Colored Folks’

Now, Snoop Dogg has poured fuel onto the #EmmysSoWhite fire with a scathing reaction of his own.

On Tuesday (September 21), Uncle Snoop shared a photo collage on Instagram showing 38 Black creatives who were nominated (and ultimately lost out) at the 2021 Emmys, including A-listers such as Morgan Freeman, Kevin Hart, Tracee Ellis Ross, Daniel Kaluuya and the late Michael K. Williams.

He accompanied the photo with a caption that read, “Then U wonder why I say fuckall these bullshit ass award shows they not for us Emmy these nuts in ya mouth.”

Snoop Dogg also re-posted a comment from director Deon Taylor to his Instagram Story calling for a team to be assembled to “sit and strategize how to build things differently for our entertainment community.” Taylor has directed movies such as Meet The Blacks, The Intruder and Fatale and worked with an array of prominent Black actors including Jamie Foxx, Mike Epps and Danny Glover.

Despite the record number of non-white nominees at the 2021 Emmys — with Bridgerton actor Regé-Jean Page and the cast of Hamilton touted as favorites to take home an award — white nominees swept all 12 lead and supporting categories across comedy, drama and limited series.

Disappointingly, the only Black creative to be properly recognized at the Emmys is no longer here. The late Hip Hop legend Biz Markie, who passed away in July, was honored by LL COOL J, Cedric The Entertainer, Lil Dickey and Tom Hanks’ wife Rita Wilson, who performed a rendition of his 1989 mega-hit “Just A Friend.”