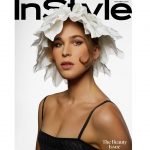 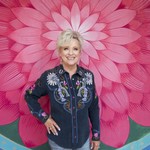 The Cry of the Heart was produced by Smith’s husband of 24 years, fellow Country Music Hall of Famer Marty Stuart, and she admits he’s encouraged her to record more frequently. “I just wanted to find the songs,” she says. “I didn’t want to record until I had the songs I wanted. I actually heard a Dallas Frazier song and I told Marty, ‘I really like that. I want to record that song.’ He said, ‘Good, that can be part of the album,’ so that’s what started this off. That was my 72nd Dallas Frazier song to record, the one on the album called ‘I Just Don’t Believe Me Anymore.’”

In addition to leaning on favorite songwriters for the new album, Smith also recruited veteran musicians she’s worked with over the years, including Hargus “Pig” Robbins on piano. “He was on ‘Once a Day,’ the very first record I ever recorded,” Smith says of her signature song, which soared to No. 1 on Billboard‘s Hot Country Songs chart in 1964. “I had him on every session I could get him on unless he was booked. He’s on hopefully every album I do from now on and I ain’t done yet.”

“I love melody and I love lyric, and when it gets together it’s magic,” Smith says. “I also want a song I can sing to where it feels like it’s coming out of my heart. The album title is The Cry of the Heart. I believe that’s what country music is and I like a song that touches my heart. When you hear George Jones, it brings you to your knees — or when Merle Haggard sings ‘I’ll Never Swim Kern River Again.’”

The late Haggard, who inducted Smith into the Country Music Hall of Fame in 2012, can be heard singing her praises in a new documentary on Smith’s life and career that was previewed in June during an event at the Grand Ole Opry. “I had to hang on to Marty because I had just started back singing,” Smith says. “I had COVID really bad [in February] and was in the hospital 11 days and had a lot of rough things through that. I’m in the Vanderbilt long haulers clinic right now, but I’m doing well. I’m working on my endurance trying to get it back.”

The Cry of the Heart marks the third time Stuart has produced one of Smith’s albums. The two first met when Stuart’s mom took then 12-year-old Marty to see Smith in concert. On the way home, the Mississippi native told his mom he was going to marry the singer. And he did, 26 years later. “We have so much fun working together, and we wrote a couple songs for this album. We were riding in the bus just me and him and the bus driver and we started ‘Here Comes My Baby Back Again.’ We worked on it longer than a lot of songs we do. I finally said, ‘Marty, we better get this one finished because the bus driver is going to kick us out,’” she recalls with a laugh. “Both of us love that song.”

The album concludes with “Jesus, Take a Hold.” “Merle Haggard wrote it in the ‘70s. Marty said, ‘It’s as relevant today as it was then or maybe more so,’ and I thought, ‘Well you’re right about that,’” Smith says. “It is exactly what’s going on in this world, and Merle could have written it yesterday.”

This November will mark 57 years since “Once a Day” hit the top of the chart, becoming the first debut single by a country female artist to go No. 1. It remained at the summit for eight consecutive weeks, a record for a female solo artist for nearly 50 years, until it was surpassed by Taylor Swift’s “We Are Never Ever Getting Back Together” in 2012. Earlier this year, the Library of Congress inducted “Once a Day” into the National Recording Registry.

“We used to do three or four albums a year and a single every three months,” Smith says of the early days of her career. “Country music fans were so loyal, and they’d let you know if they didn’t like anything.”

Though Smith has enjoyed a long, successful career, she hasn’t taken the conventional route. Once she became a mother, her children were her priority and she pulled back on her recording and touring. “It was hard to leave them. I had my one son when I came to Nashville and he was about two and we took him everywhere,” she says. “I had another boy and then I had a girl, and then another girl and another girl, three years in a row. There wasn’t enough of me to go around. You decide what you can live with and when my youngest one was little, I just quit. I didn’t do any recording for about 20 years and didn’t do any road work. I did a few gospel things because I was a born-again Christian. I think it got around that I had quit the country business to be a gospel singer.

“I’m a hillbilly country singer who happens to be a Christian,” she clarifies, “and I’m thankful. It’s kept me alive, and it’s blessed my life and blessed my family. God’s blessings are great. He gives you a lot of good guidance if you’ll listen to Him instead of listening to yourself.”

Over the years, Smith has enjoyed seeing other female artists rise through the ranks and establish successful careers. “Lee Ann Womack has a great voice. I love what she does and I’m a big fan of Miranda Lambert, and of course some that aren’t as new — like Tanya Tucker. I love Tanya. I met her when she was 11,” Smith recalls. “You don’t get any better than Patty Loveless. I’m a fan of Lauren Alaina. She’s done really well and is making a mark. I try, when they come into the Opry, to love on them and let them know they are welcome.”

When asked if she’s surprised women still have a harder time getting country radio airplay than men, Smith says, “I never looked at it like that, because I’m not competitive except with myself — and I’ve never really thought about, ‘OK, so men get played more than women.’ I suppose they do, and really at this point, there’s so much attention on the women I thought that they were [getting closer to equal play].”

Still, Smith sees progress being made in terms of gender equality within the industry — especially compared to her day. “I think [female artists] are getting a lot of acceptance that they never have [before], and that’s good,” she says. “When I came to town [in the past], they’d play maybe one girl in an hour, and then also on a show they would have one girl. We’d be so excited if we got to do a big package show, because I’d get to see Dottie West or Loretta [Lynn], but usually there was only one girl on those big package shows we used to do. I took it as it came.”

Smith encourages younger artists to make the music a priority over the business. “When I first came to town, I just wanted to sing. Sometimes I’d forget to pick up my check,” she says, admitting it was hard to believe she was getting paid to do something she loved so much. “I got to hang out with people that I loved, and to perform for people who loved what we did. It was just music and then it became the music business. Sometimes if you’re not careful, it will just be business and music will be way down the line. Music is supposed to come from the heart. If we can bring it out of our heart and touch another heart, they know that they are not alone. They know somebody can identify with them. It lifts you out of your everyday existence.”

Jennifer Carpenter Will Be Starring in the Dexter Revival–But How? 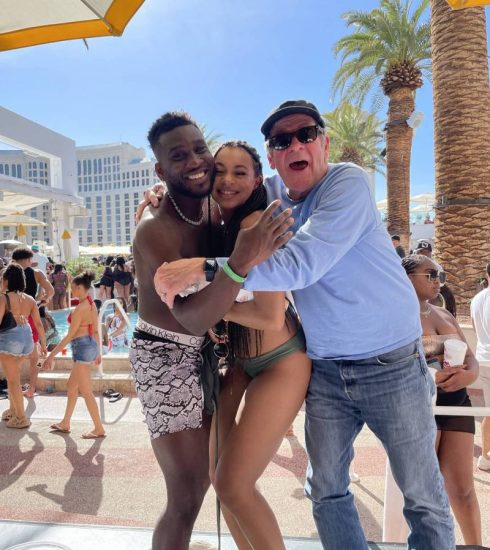