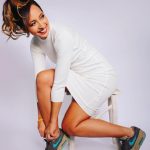 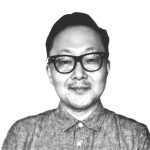 CLUBHOUSE CAN MAKE YOU A MILLIONAIRE: AN ENTREPRENUR STORY

5 SHARKS FIGHT TO MAKE A DEAL ON CLUBHOUSE

Working as a full-time spokesmodel and commercial model has given me the confidence and connections to take my expertise to the next level. I was inspired to start my e-commerce content creation business at the start of Covid after seeing so many connections moving their brick and mortar stores online and many aspiring business owners moving to platforms such as Shopify to sell products as another stream of income. I’ve been modeling for the Amazon platform for a few years and saw a huge opportunity since most people are overwhelmed by the idea of Amazon listings and building e-commerce sites. Because of this need, I built a company specifically designed for business owners looking to sell tangible products on their e-commerce and social media platforms. I was marketing the business casually since Covid began, but did a soft launch last month since joining the new and exclusive ‘Clubhouse’ app and now I can’t even handle the
requests.

Clubhouse has given me a huge opportunity to build connections with these business owners and drive sales to my company. But something amazing and unprecedented happened yesterday (Jan
20, 2021) … A panel of high-profile celebrities and multi-millionaires created the something called the Pitch Tank on Clubhouse which mimicked the format of ABC’s hit show Shark Tank and sat on the panel. The panel included some of the original members from ABC’s hit show “Shark Tank” like Kevin Harrington, Undercover Billionaire Grant Cardone, the founders of multi-billion dollar companies such as Netflix, Tinder, and Twitch, and other highly influential and high-profile investors and entrepreneurs. I was lucky enough to be one of the 2000 people
chosen to pitch my business for this stacked panel of experts!

After the opening introductions from the moderators commenced, I was 6th in line to pitch. As I waited my turn, I was able to hear the 5 business owners before me that either did fairly well, stumbled, or straight up flopped… not one person got a deal. Then it was my turn. I was given one minute to pitch and pitch I did! By the time I finished speaking, I had at least 5 “Sharks” fighting to partner with me in my e-commerce content creation company. Kevin Harrington even
offered me a job with his company, As Seen on TV, to be a spokesmodel!

I ended up choosing the perfect partner for me, Akemi Sue Fisher, who is known as the “Amazon Queen” with over $2 billion in sales! She is one of the most trusted e-commerce brand consultants in the world, having helped thousands of brands scale on Amazon to the six, seven, and even eight figure mark. She has since partnered with me and taken me under her wing. We’ve already had meetings discussing the next steps to scaling, expanding, and integrating my services in her already booming Amazon and e-commerce optimization company! This is just the beginning, so stay tuned to see how our partnership blossoms.

I am honored to be the first person to pitch my business and land a deal in the Pitch Tank on Clubhouse! I’m not only proud to have gotten a deal, but I’m proud to have partnered with
another strong female entrepreneur who has and will continue to inspire me for years to come. Moral of the story: If you’re not on Clubhouse, then what are you waiting for? I am living proof
that miracles can happen thanks to this incredible and much anticipated social media platform!
Stay tuned to see what “Akemi and a Kimi” can do together!

Who is your target audience?

Anyone in the entertainment industry, production companies, and new entrepreneurs! What separates you as a Tv Host/Spokeswoman from your competition? I attribute my expert spokesmodeling skills to my classical voice training from the exclusive school I attended, Dreyfoos School of the Arts. I was one of the 24 out of 1400 students who auditioned all over the country to be selected for their world renowned Vocal Program. In this program I not only trained in classical voice performance, but I also learned diction, vocal technique, and the how to read and decipher the International Phonetic Alphabet. These vocal skills set me apart from other on-camera speaking talents because of my years of intense training prior breaking into this industry.

What are some of the past companies and people you’ve worked with?
Amazon, Disney, the Orlando Magic NBA team, BMW, Audi, Infiniti, TooJays, The Humane Society, Invicta Watches, iHeartRadio, YMCA, and hundreds more. I am also a backup singer for internationally renowned performer, Deana Martin (THE Dean Martin’s daughter). She lovingly calls us “Deana’s Divas”.

How did you get started in the spokesmodel industry?
I’m a professional spokesmodel and brand ambassador. These titles are still pretty shocking to me since I started in this industry completely by accident! A little background on me; I have been a singer all my life and attended one of the top performing arts schools in the country for voice. After high school, my best friend and I started the acoustic duo, Regi and Kimi, and have been performing all over Palm Beach, Broward, and Miami-Dade County at corporate events, city events, and weddings. Last summer, I met with an agency to see if they could drum up more business for us. During our meeting, one of the agents asked if I ever modeled or did any television work. He said “ethnically ambiguous” was ‘in’ and he would love to add me to his roster. I was stunned and excited to say the least. I was so inspired after that meeting, I spent countless hours trying to find my own work, taking free gig after free gig to get as much experience as I could. I received my MBA the year before and couldn’t wait to utilize my business skills and attempt to brand myself. Since then, I have hosted television programs and
infomercials, starred in hundreds of car commercials, and have been published in numerous national and international print ads. I am only a couple of years in, but I have been working around the clock to learn as much as possible about this industry and I don’t plan on stopping
anytime soon!

Overall, has your journey been relatively smooth? If not, what were some of the struggles along the way?

This journey has not been a smooth road. It is a tough business. It’s extremely competitive and you need to build a thick skin if you’re going to last. I have been rejected countless times by jobs I thought I was perfect for, jobs that I really wanted. If you are starting in the modeling and talent industry, my advice to you is simple. Stick with it! It’s going to get hard, you will break down, and you will doubt yourself. This industry is meant to break the weak to weed out the people who don’t really want it. Learn as much as possible and ask a lot of questions. If you believe in yourself and truly put yourself out there, you cannot lose! I’ve also found a lot of strength from my powerful female connections. I have been floored at the amount of support that I see in the female community. The women’s empowerment movement is alive and well in my personal experience. When I was just starting out, I reached out to many women I admired and who had more experience than I did. Each one was eager to help and show me the ropes. This community is so strong that I believe, had it not be, I wouldn’t be where I am today. I will always be an advocate for women and help build them up as much as possible.

What advice would you give aspiring spokesmodels or anyone branching out to this industry?
My biggest advice to anyone branching out into this industry is not to wait for the bookings to come in, but to bring in the business yourself. I’m not saying not to book with agencies, but nobody cares more about your finances and your career than you do. Sometimes you’ll have to
think outside of the box to make your dreams come true. I’ll give you an example from my own life of how I turned one agency booking into a booming video business. After my first on camera speaking job I booked less than 2 years ago, I realized I had a true passion for it and I would stop at nothing to book more and more of those jobs no matter what it took! But when you’re just starting out those jobs are very hard to come by. I would audition and attend castings for dozens of bookings in the hopes of landing just one of those jobs. What I decided to do instead is to build my own green screen studio, film myself, edit the videos, and sell them to interested clients looking for a professional video to promote their business . I spent hours at YouTube university learning the ins and outs of green screen lighting, filming, and editing along with getting much needed help from a friend and mentor of mine who is an expert in all things photography and videography! Within weeks I had purchased and assembled cameras, tripods, lights, etc., and turned a spare bedroom into a fully functioning green screen studio. Fast forward to today, I have produced hundreds of videos for businesses all over the world and I never have to rely on an agency or anybody else to book me for a job ever again! How would you want the readers to benefit from this article? I want to be an inspiration for anyone who dreams of starting their own business and brand themselves. Being an on-camera speaker, I have learned the power of the voice and the benefits of being a confident speaker in all aspects of life. One of my favorite quotes is “perfection is the enemy of progress” so stop trying to perfect your idea and just start today! Also, ask for help along the way and use your voice as much as possible to keep moving forward. 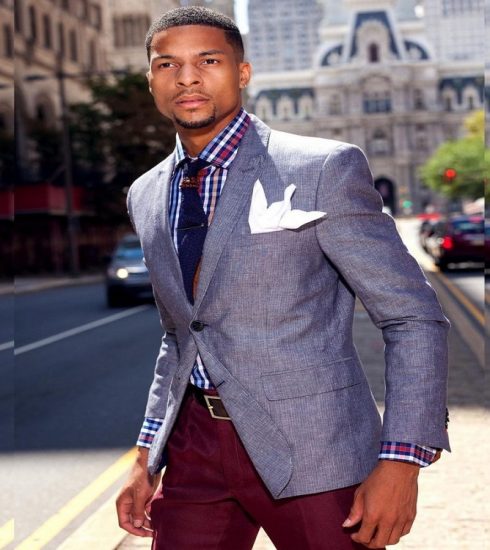 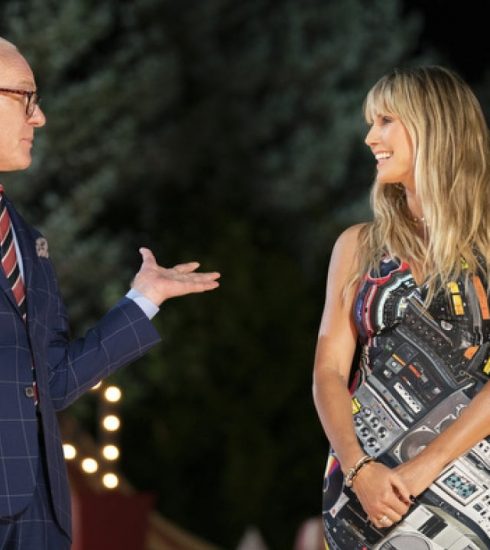 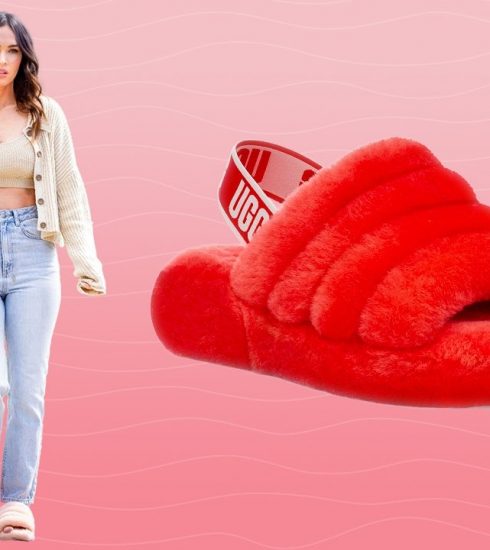