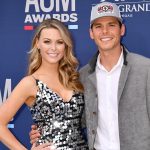 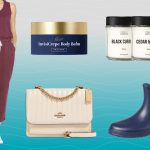 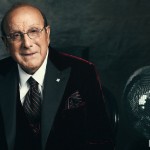 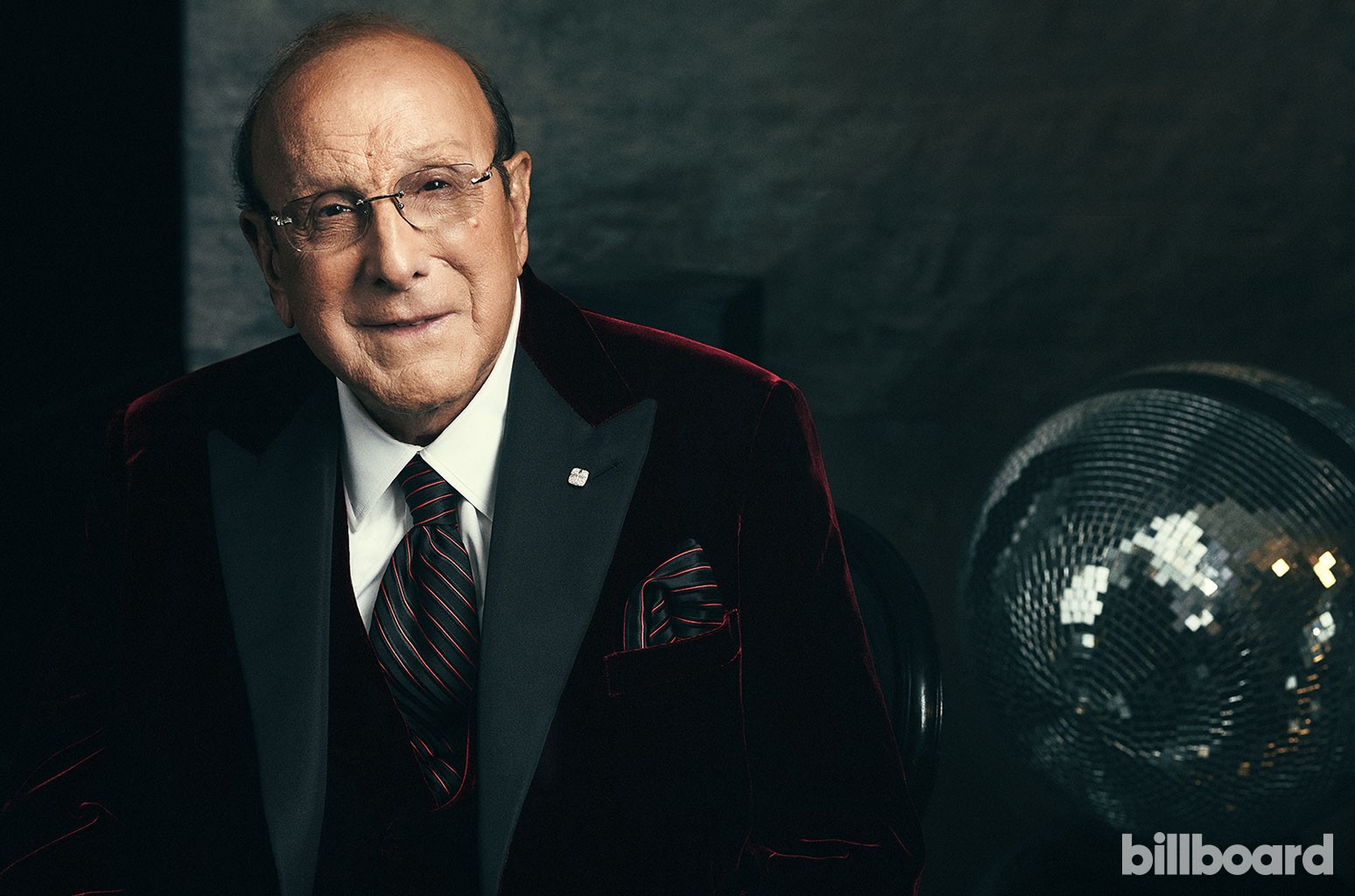 The big show is right around the corner. Have there been any last-minute developments or surprises?

There have been no surprises and really no changes. The thing that has knocked me out has been the number of artists, as they have been rehearsing on the Great Lawn in Central Park, who have either called, texted me or emailed me saying what a wonderful occasion this is and the power of the venue. Apart from the purpose of the concert, we all know the history of who has played in Central Park and the iconic concerts there. The stage that has been constructed for the event is also awesome, and all of these artists are so knocked out by it all. It’s been so gratifying to hear from them as they prepare for tomorrow.

I’m wondering about the shows or performances you’ve seen in your life. What has been the most memorable ever for you, whether in terms of an iconic moment in music history or the venue?

I will have to say that personally, in my life, the most life-affecting performance came from the first artist I ever signed, and that was Janis Joplin. I did get an epiphany then. I had no idea that when I became head of Columbia Records that I would even personally sign an artist. We were in the midst of a cultural, social and music revolution. I’m sitting there being so viscerally, physically, emotionally affected by this performer who I had never heard of. I was just determined that I would sign her and it turned out I had to buy out her contract. Certainly making that decision after seeing that electrifying performance was the most influential and personally important result of a concert appearance in my life.

That’s incredible. When it comes to the We Love NYC concert, the lineup is so eclectic, from Bruce to Bocelli to A Boogie Wit Da Hoodie. How do you even settle on who to choose? I’m sure there were managers and agents calling you saying, “Clive, please! My client! They need to be part of this show!” So how do you balance that task as a producer and a creative mind who is putting together a singular show with such an eclectic roster?

It’s no different of a criteria than when you sign an artist when you’re in A&R at whatever level of hierarchy you are. For me, I make those judgment calls every year when I have my Grammy party. Everybody is in the room; every label, every top officer is there. It’s non-denominational in that it’s artists I have chosen from every label to represent music and the best of the year, or like when I brought Johnny Mathis on to sing a medley of his greatest hits because I wanted Taylor Swift and Miley Cyrus to hear them.

Obviously for We Love NYC, the first artists I called were those who I was personally involved with. I’m so proud of them now that it’s 40, 50 years later, whether Bruce Springsteen, Earth, Wind & Fire, Santana or Paul Simon. For them to still be able to fill stadiums everywhere is gratifying. I did want to go and represent every genre of music represented here too. All 75 members of the New York Philharmonic will open the concert, and then when you think of Latin music, Maluma is such an electrifying name, presence and performer. We did run into some artists who had previous contracted gigs and were unable; they would have loved to do it but were booked that day or in a far-enough place away that they couldn’t get to it. When it comes to hip-hop, I first called LL Cool J to talk about it; he’s a colleague and a friend and we’ve known each other for years. The criteria there was to have iconic New York rappers and reflect what New York has meant to the hip-hop revolution and its emergence and explosion, while trying to bring it up to date as well. We went back and forth and I left it to him, and the suggestions were Melle Mel, Busta Rhymes and Rev Run, and ultimately A Boogie Wit Da Hoodie. That segment, where all of them will be sharing the Great Lawn stage, will be so exciting and that’s how it developed.

When it comes to the coronavirus, the danger of the delta variant wasn’t as clear and present when the event was announced as it is today. Neil Young recently dropped out of Farm Aid and Gram Parsons also canceled his tour. How do you deal with something so rapidly changing and what are your thoughts on the immediate future of concerts?

My thoughts are, we should all be vigilant. I’m not from the school of not doing anything. I’m from the school of promoting and advocating and speaking out for vaccination. We are implementing all the safety guidelines from the mayor’s office and we’re in touch with them daily. They made a condition that everybody be vaccinated. Also, the capacity of the Great Lawn as we all know is well over a half-million people; here the maximum will be 60,000 people. Look, I leave it to the medical authorities. I believe in science, I believe in their warnings. I believe in their guidelines, and we have been following them. Hopefully with everybody getting vaccinated and booster shots, we will recover from this lethal period.

Even closing in on 90 years old, you’re one of the most active and vibrant personalities in the industry. What has the past year and change been like for you in quarantine?

Well, personally, I’ve been active as a co-producer of the Whitney Houston biopic. So it’s been my responsibility to bring as much information on Whitney as possible so that her truthful story can be told as it deserves to be told, [especially since it] has not yet even remotely been told. We don’t want to whitewash or soften the affliction and addiction that tragically befell her, but to put in perspective why she was the greatest contemporary singer of our lives. So I’ve been meeting with the actress and director, and that’s been one of my prime projects. In normal circumstances, Sony wonderfully every day distributes what amounts to six inches worth of press that comes out about music, entertainment and film in every aspect, so I don’t normally read books, frankly. [There’s no time] between reading all of those articles, as well as listening to music as it hits the hearts with riveting or critical attention that will make me listen to the brand-new artists. It’s about keeping abreast and current to guard against going over the hill after so many years. People in music and executives sometimes get frozen in the years, but [you have to know] that music will change and always does change and not be resistant to new sounds. I must say that during that period, I continued to do all of that and read publications like New York Times, Vanity Fair, Rolling Stone or what have you. But in quarantine, in addition, I did read books, whether Barack Obama’s A Promised Land, Michele Obama’s Becoming or the Mike Nichols biography. So it did give me time to catch up on my nonfiction reading.

You mentioned Whitney Houston. This year was the 30th anniversary of her iconic rendition of “The Star-Spangled Banner” at the Super Bowl. Were you there?

I was not physically there when she sang it, but I was certainly overwhelmed [watching it on TV]. At that time or since I had never, ever, ever heard the national anthem sung with such urgency, inspiration or emotional impact. She deserves that recognition as having given the greatest performance of “The Star-Spangled Banner” ever.

Is it correct you released it as a single immediately after, because of the demand?

Yes. Yes. And the reaction was terrific.

What’s the status of the Whitney movie?

Well, they’re ready to go into production next month. It will be produced in Boston, and they’re getting ready to shoot it.

Switching gears to another icon: It’s been reported that Aretha Franklin said she wanted Jennifer Hudson specifically to play her in Respect, which just came out. I’m wondering what the two performers had in common and what made Jennifer so perfect to play that role? Who else knows both singers better than you?

Well, I was the advocate of Jennifer Hudson. I was the one who brought her to Aretha’s attention. There were a lot of people who had her ear when it came to other candidates, but she knew that the combination of being able to bring the magnitude and depth of soulfulness into her performance, she was the one that would be the best representative candidate of Aretha’s voice and the one who can deliver musically.

How was that decision ultimately made?

Aretha was not giving the go-ahead, but one night it was the eve of my pre-Grammy gala, and I had kept a secret that Jennifer would perform a tribute to Aretha. Aretha didn’t come that year as it was in Los Angeles and she didn’t fly, so I called her and said, “I would love to be able to announce Jennifer as being cast as you in the movie when I bring her to the stage, considering the whole industry, press and media are there. Would you give me permission?” And she gave me permission. And that’s the day I knew Jennifer would play Aretha.

I think that also speaks to your instinct as a producer and promoter, as you know the eyes of the industry are on her at that moment. It would have already been a special performance, but sharing that news right before it was a brilliant move on your part.

Well, I hope you’ll watch the [We Love NYC] concert because you’re going to be… I’m in show business, so I’m not going to tell you what she’s going to sing but I think she’s going to knock your socks off.

I’m wondering if you’re seeing new talents out there who, in your perspective, might have staying power. What are your thoughts on someone like Olivia Rodrigo?

You know, I like her a lot. I like “Drivers License,” and I did offer Olivia the opportunity to perform at the We Love NYC concert, and she and her manager and agent all responded positively. She did have a previous commitment that would not allow for her to perform, but I was very impressed and I would have had her on the show if she were available. So yes, I endorse her and I think she’s a special talent.

The Best Online Sales to Shop This Weekend 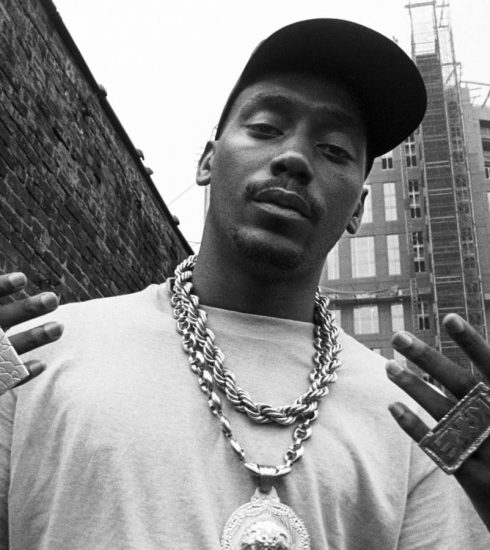 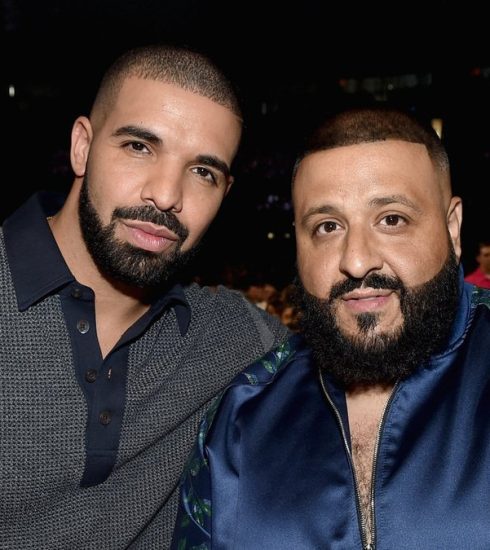