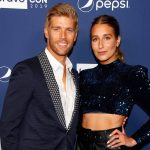 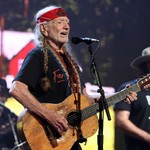 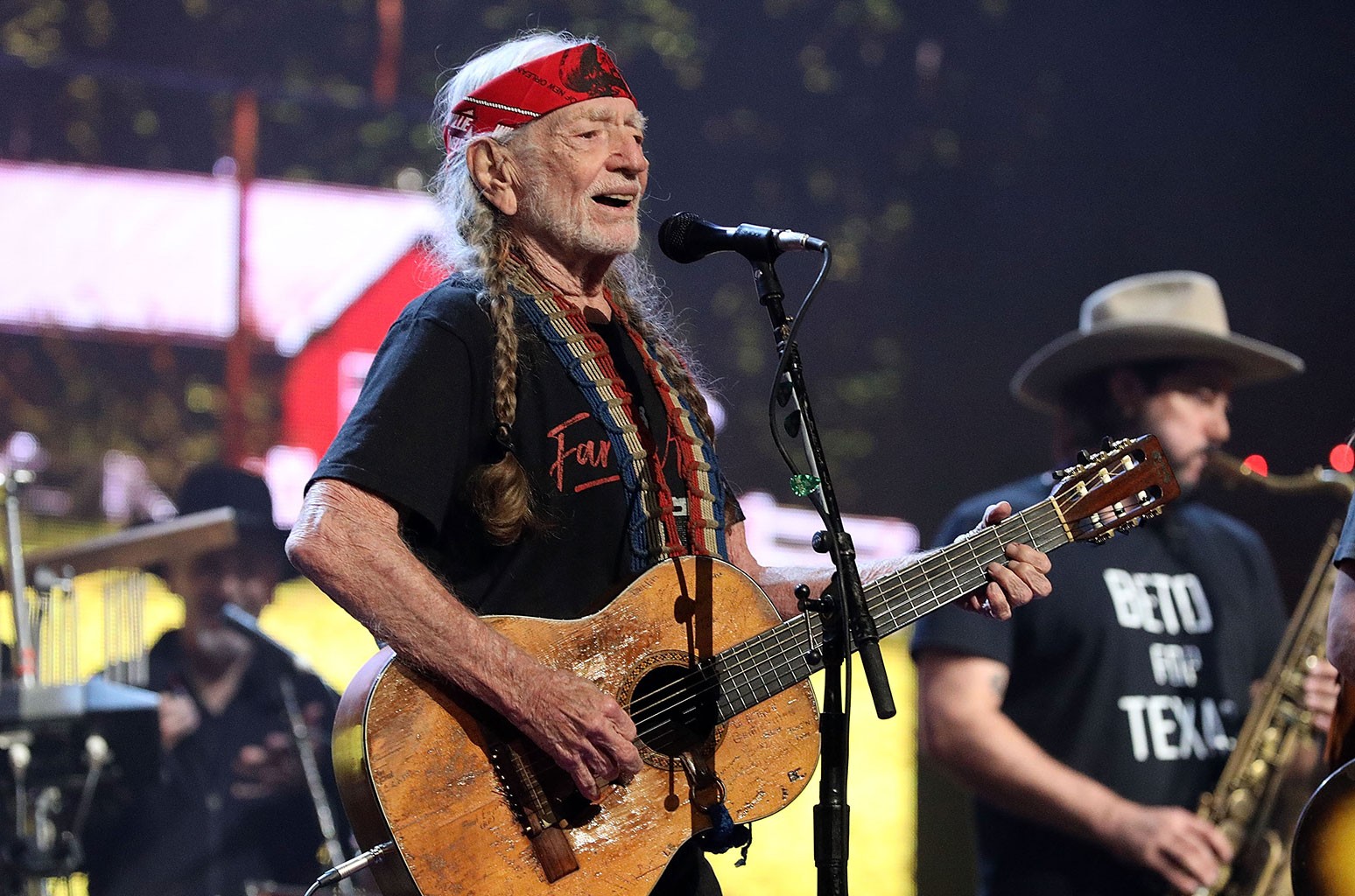 Citing his concerns with “the COVID pandemic surging,” Neil Young announced Aug. 18 that he would not join his fellow Farm Aid board members — Nelson, John Mellencamp, Dave Matthews and Margo Price — at this year’s show, after playing every Farm Aid since it launched in 1985. “I don’t want to let anybody down, but still can’t shake the feeling that it might not be safe for everyone,” Young said in a statement. “While I respect Willie, John and Dave’s decisions to stick with it and play, I am not of the same mind. It is a tough call.” He added: “We will be back. There is much work to do together.”

Proof of vaccination or COVID tests were required

Farm Aid in mid-August announced that festival-goers would be required to show either proof of full vaccination or proof of a negative COVID test result taken within 48 hours of the show. (with the option of a free rapid test performed on site). With concertgoers lining up as early in the day for the 1 p.m. festival start, admission to the 30,000-capacity amphitheater went smoothly.

Instead of a press briefing, artists gathered to talk

Concerns with COVID led to the cancellation of Farm Aid’s annual morning press conference onstage. But artists instead took part in small offstage panel discussions in Farm Aid’s Homegrown Village. Price recalled when she was a member of Future Farmers of America as a youngster and joined a talk on the future of farming. Allison Russell participated in a session on the past and future of Black farmers. Denver-based Nathaniel Rateliff commented on the fires and drought sweeping the West during a discussion of how family farmers can help fight climate change. Acknowledging Young’s absence, Rateliff echoed that singer’s frequent advice: “If you see a farmer’s market or stand, just stop. Buy something. Make a connection.”

In a second setback to Farm Aid’s lineup, Sturgill Simpson announced via Instagram Sept. 22 that he was forced to cancel tour dates, including Farm Aid, due to viral laryngitis “or inhaling treated wood from backstage campfire at Merlefest or something equally stupid. Missing shows. Feel awful. Very sorry Farm Aid.”

But an agricultural superstar showed up

One of the important parts of Farm Aid takes place the day before the music starts, when activists meet to dig deep into the challenges facing family farmers. This year’s town hall gathering went virtual to tackle topics including the corporate concentration and consolidation of the nation’s farms, debt relief for farmers, racial equity and climate change. Participants on the Zoom call included U.S. Secretary of Agriculture Thomas Vilsack — the highest ranking agriculture official in the nation. In January, Farm Aid published an open letter to the new Biden/Harris administration titled: “Our Vision For Fixing The Farm and Food System.” Jennifer Fahy, communications director of Farm Aid, said the day after the Zoom session that she believed farmers could look forward to “communication and transparency — coming from the very top.”

This has never changed. Since the first Farm Aid in 1985, the organization has raised some $60 million to support family farmers and the creation of a sustainable system of agriculture. The organization has earned an “A” rating from the American Institute of Philanthropy’s charitywatch.org. Its annual reports offer a transparent look at how the money raised each year by the festival benefits family farmers. And Willie signs the checks.

The festival honored the first farmers

In recent years, the Black Lives Matter movement also has raised awareness of the discrimination experienced by America’s indigenous peoples. But Farm Aid, for more than a decade, has opened each festival with indigenous performers, recognizing the nation’s first farmers. On Saturday, Rachel Sayet of Connecticut’s Mohegan nation welcomed the crowd on behalf of all the indigenous tribes “that still occupy this land,” offering a blessing and introducing the Wisdom Indian Dancers.

Farm Aid is fed by its First Family

While many Farm Aid fans always come to hear Nelson (whose sister, Bobbie, is his longtime piano player), the singer’s two sons had a commanding presence onstage. Hair dyed pink, Micah Nelson drove the decibel level high early in the day with his band Particle Kid and tracks like “Everything is Bulls—.” Lukas Nelson & Promise of the Real have ferociously backed Neil Young at Farm Aid in recent years. Their set on Saturday was one of the highlights of the day with songs like “(Forever Is A) Four Letter Word,” which smartly echoed Bob Dylan’s “Maggie’s Farm.”

After 36 years, Farm Aid continues to showcase new talent. On Saturday, the crowd cheered the soulful songs of Allison Russell, whose Joe Henry-produced album, Outside Child, arrived in May. And Tyler Childers proved himself a mighty protege of Simpson, who co-produced his latest release, Country Squire, and closed his set covering Kris Kristofferson’s “Help Me Make It Through The Night.”

Bettye LaVette’s career as a soulful vocal stylist goes back to 1962 and her first single, “My Man — He’s A Loving Man,” on Atlantic Records, which reached No. 7 on Billboard’s Hot R&B Songs chart. Riding a career resurgence, LaVette Saturday took the stage dressed all in black, and opened with a sultry and good-humored “Things Have Changed.” Proving her skill as a song interpreter, she gave a slow, riveting performance of John Prine’s “Souvenirs.” It was breathtaking.

Saturday’s festival brought back several favorite artists who have played the event through the years. Blues-rocker Jamey Johnson played a solo set, highlighted by the bittersweet “Give It Away.” Nathaniel Rateliff & the Night Sweats scorched the stage with their horn-fired, tambourine-shaking, hand-clapping, boot-stomping R&B. And Price, the newest member of the Farm Aid board, introduced “a new one,” the bluesy jam of “Light Me Up.”

Matthews looked to the future

Matthews’ acoustic Farm Aid set, accompanied by Tim Reynolds was, as ever, alternately entrancing, impassioned and positively goofy, concluding with the classic “Ants Marching.” In the most expansive onstage comments of the day on Farm Aid’s mission, Matthews said, “We need the right people to grow for us. And it’s certainly not the factory farms and the big industrialized farms. It’s family farmers, small farms, people who care about the earth. That’s where the future is.”

Mellencamp typically limits his Farm Aid sets to his classic hits. “Rain on the Scarecrow” captures the 1980s farm crisis that inspired Farm Aid more than any other song. But he’s been working on new material with Bruce Springsteen among his studio guests. Saturday, after lightly admonishing the crowd — “you don’t f—ing know me” — Mellencamp performed what he said was the live debut of “I Never Talk to Strangers,” a slow, dark confessional that concludes the world “is run by men more crooked than me.”

Willie Nelson sat down, leaned in and inspired

What other festival features an 88-year-old headliner? “This is the guy who keeps it all going,” said Mellencamp, introducing Nelson. At Farm Aid, as during this summer’s edition of his Outlaw Music Tour, Nelson was at the top of his game. Performing at Farm Aid for the first time while seated, with sons Micah and Lukas flanking him on stools, Nelson nevertheless was a vocal and guitar-picking powerhouse. His set showcased songs that have become classics: “Whiskey River,” “On The Road Again,” “Always On My Mind” and many more. Yet in a Farm Aid rarity, his set also included a new song, written by Micah. His son recounted a family chess game during the pandemic when Willie uttered a line which became the song’s chorus: “if I die/ when I’m high/ I’ll be halfway to heaven.” As the night came to a close, Nelson brought out his fellow performers for the traditional Farm Aid encore, combining “Will The Circle Be Unbroken” with the 1929 hymn “I’ll Fly Away.” For another year, Farm Aid offered a reminder that Willie Nelson is a national treasure. 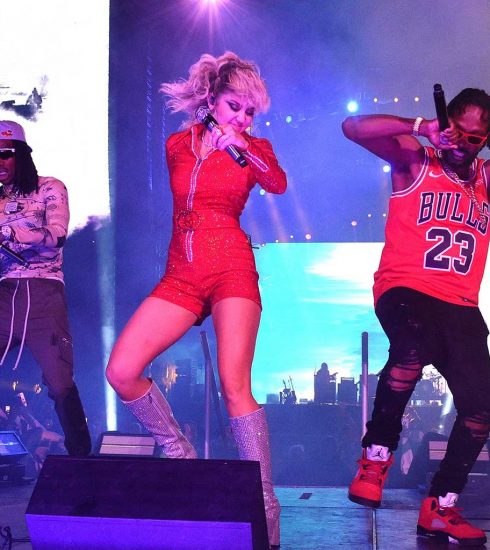 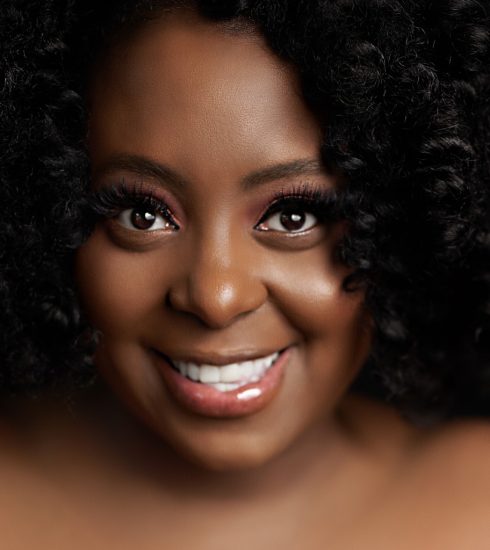 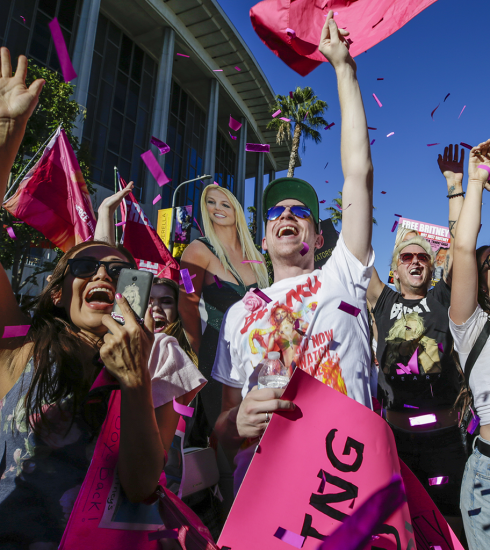