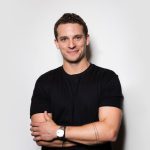 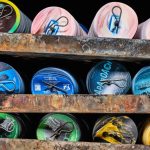 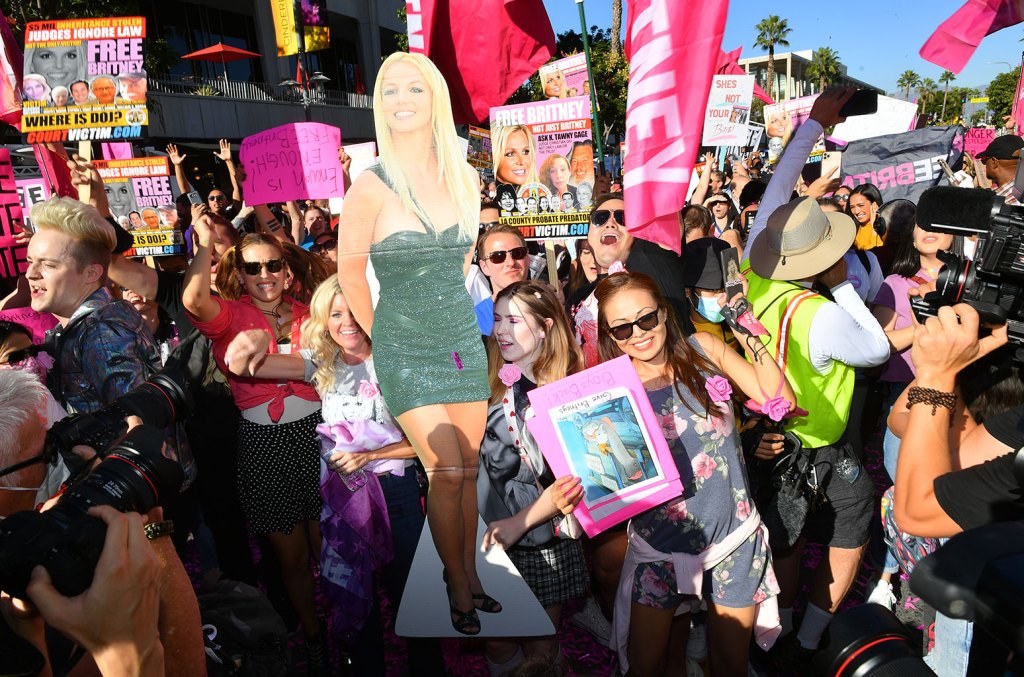 When her decade-plus conservatorship was finally dissolved in November after a prolonged courtroom battle, Britney Spears thanked her entire support system — and first and foremost, her fans — for bringing her plight into the public eye. “The #FreeBritney movement: you guys rock,” Spears wrote on Instagram on Nov. 16, the day after a judge freed her from the conservatorship that controlled her life and finances for 13 years. “Honestly, my voice was muted and threatened for so long… You guys saved my life.”

The #FreeBritney movement was a yearslong coordinated effort by fans across continents that produced real change — something increasingly commonplace in pop music this year, as music lovers mobilized to encourage artistic freedom, amplify marketing choices and score chart victories.

Clearly, the nature of fandom is changing. Fans are taking participatory roles in the careers of their favorite artists and, as a result, helping them succeed. Individual goals varied — a BTS ARMY member has very different responsibilities than a Taylor Swift supporter — but no matter their objectives, fandoms have grown more sophisticated to ensure that their artists get the recognition and respect they deserve, as best demonstrated by these three major 2021 wins.

Any conversation about BTS inevitably leads to the size and breadth of its ARMY. In 2021, ARMY helped the K-pop superstars score three No. 1 hits on the Billboard Hot 100 with “Permission To Dance,” “My Universe” with Coldplay and “Butter,” which became the longest-running chart-topper, spending 10 nonconsecutive weeks at the summit.

Mark Mulligan, a music industry analyst at the consultancy MIDiA Research, believes that the success of BTS — and the group’s ability to inspire fans to rabidly buy, stream and request hits like “Butter” without having the group explicitly instructing them to do so — is based on the general K-pop idol industry’s understanding that fandom is the music business’ most enduring resource. BTS appeals to “a generation of kids who felt like there was something missing from their musical soul,” he says, fans for whom “music means way more because everything is wrapped into it. Identity is wrapped up into it. Friendship groups are wrapped into it.”

BTS has overcome what Mulligan calls the “fragmentation of fandom” by fostering worship on social media. ARMY members have platforms like V Live, WeVerse and Twitter to communicate with one another globally and coordinate actions: Stream here, buy there, showcase your fandom in this way.

Nicole K. Santero, a doctoral student at the University of Nevada’s Department of Sociology who runs the Twitter account @ResearchBTS, believes that ARMY’s mobilization efforts are often the result of necessity. A few years ago, she says, “fans had grown increasingly frustrated that radio stations were still not playing their music even though the demand and audience was there. Knowing that radio play affects chart positions, ARMY has had to actively work harder in other areas to compensate for the low numbers in this metric.” That includes download sales, which helped “Butter” stay atop the Hot 100 (the single has 1.8 million downloads, according to MRC Data) even though it only reached No. 20 on Billboard’s Radio Songs chart.

Santero also believes ARMY has grown over the past two years in part due to the pandemic, which brought everyone inside and online, and let thousands “fall into the rabbit hole” of discovering the fandom and becoming part of a community. “Many fans feel like their lives changed because of BTS,” she says. “The easiest way for fans to give back to their artists is to buy and listen to the music.”

In 2019, Swift announced she would be rerecording her first six studio albums to regain ownership of her back catalog after her former label, Big Machine, sold it to Scooter Braun and his Ithaca Holdings. By doing so, Swift can control the use of licensing, earn a greater percentage of sales and, most importantly, own her work. Swift’s fans immediately supported her: The first two rerecorded albums, Fearless (Taylor’s Version) and Red (Taylor’s Version), scored two of 2021’s biggest debuts on the Billboard 200.

Zainub Amir, who runs the Swift fan account @SwiftNYC, believes the artist’s hands-on relationship with her fans inspires them to mobilize and support the rerecording project. “She created Easter eggs and puzzles for fans to solve prior to the release of Fearless (Taylor’s Version), which helped boost engagement on Twitter, TikTok and Instagram because there was authentic discussion,” says Amir.

Beyond topping the charts, Swifties are having a real impact on the music industry itself. On Nov. 16, iHeartRadio announced that, moving forward, it will only play the “Taylor’s Version” of her songs as they are released. “Our priority in programming our stations is to serve our listeners with what they want to hear,” says iHeartMedia chief programming officer Tom Poleman. “Taylor’s fans have made it clear that they prefer Taylor’s versions of her songs, so the decision was easy.”

Mulligan believes that Swift’s success with her revised albums has a few causes: the moral factor of righting wrongs done to Swift, helping her own her music and the timing. Swift launched her career before music streaming became prominent, and her longtime fans are both nostalgic and loyal, excited to hear the songs of their adolescence again in a new, more mature context. “The life span of a fan is to discover and fall in love,” says Mulligan. “Then you either persist, fade or hibernate. It’s a case of connection: ‘Here’s my chance to show Taylor I care.’ ”

Originating shortly after her conservatorship began in 2008, the #FreeBritney movement snowballed in 2019 following an episode of comedians Tess Barker and Barbara Gray’s Britney’s Gram podcast, in which an anonymous lawyer, formerly part of the firm that oversees Spears’ conservatorship, expressed concern for the pop star’s well-being. Fans slowly but surely organized protests at court hearings, rallying both online and in person, in an attempt to free Spears from her conservatorship.

Barker and Gray became a focal point of the #FreeBritney cause, mocking up a bright pink square with the text “#FreeBritney” in order to intrigue and inspire social media users to their cause of making information on Spears’ legal battle digestible for the public. And their efforts resulted in deeper media reporting, as well as the FX/Hulu documentary Framing Britney Spears and Netflix’s Britney vs. Spears.

“The bulk of the action that we’ve seen in Britney’s case has been the result of public pressure,” says Barker. “In 2019, a couple of weeks after we released the [April 16] #FreeBritney episode, Britney went to court and told the judge what had happened to her. She told them that she had been placed in a mental institution against her will, medicated against her will … The only difference between [then and now] is the world knew about it.” 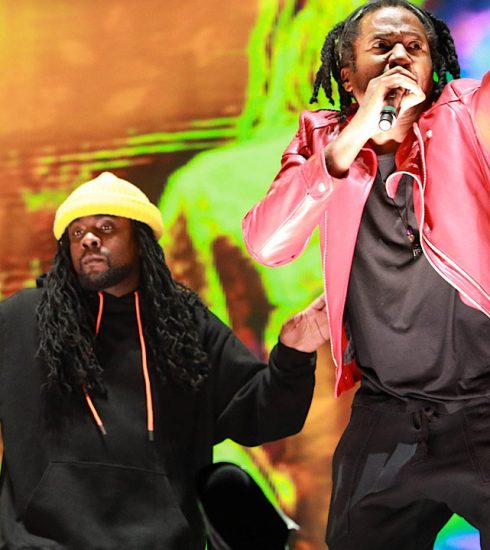 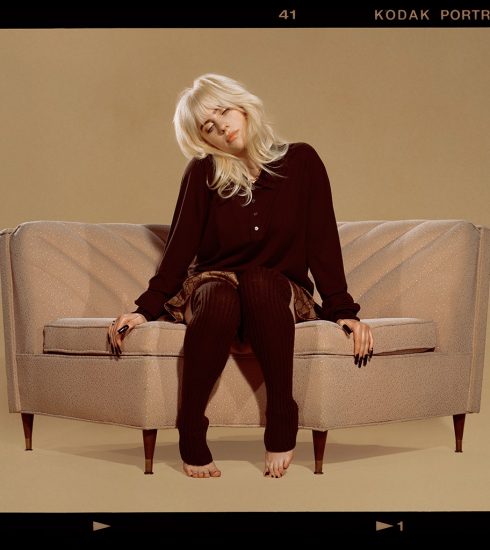 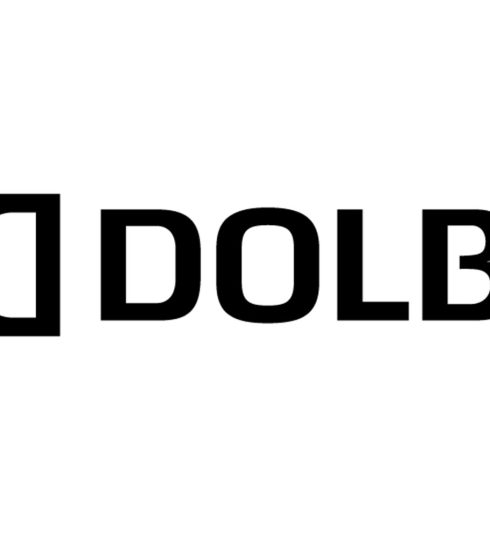